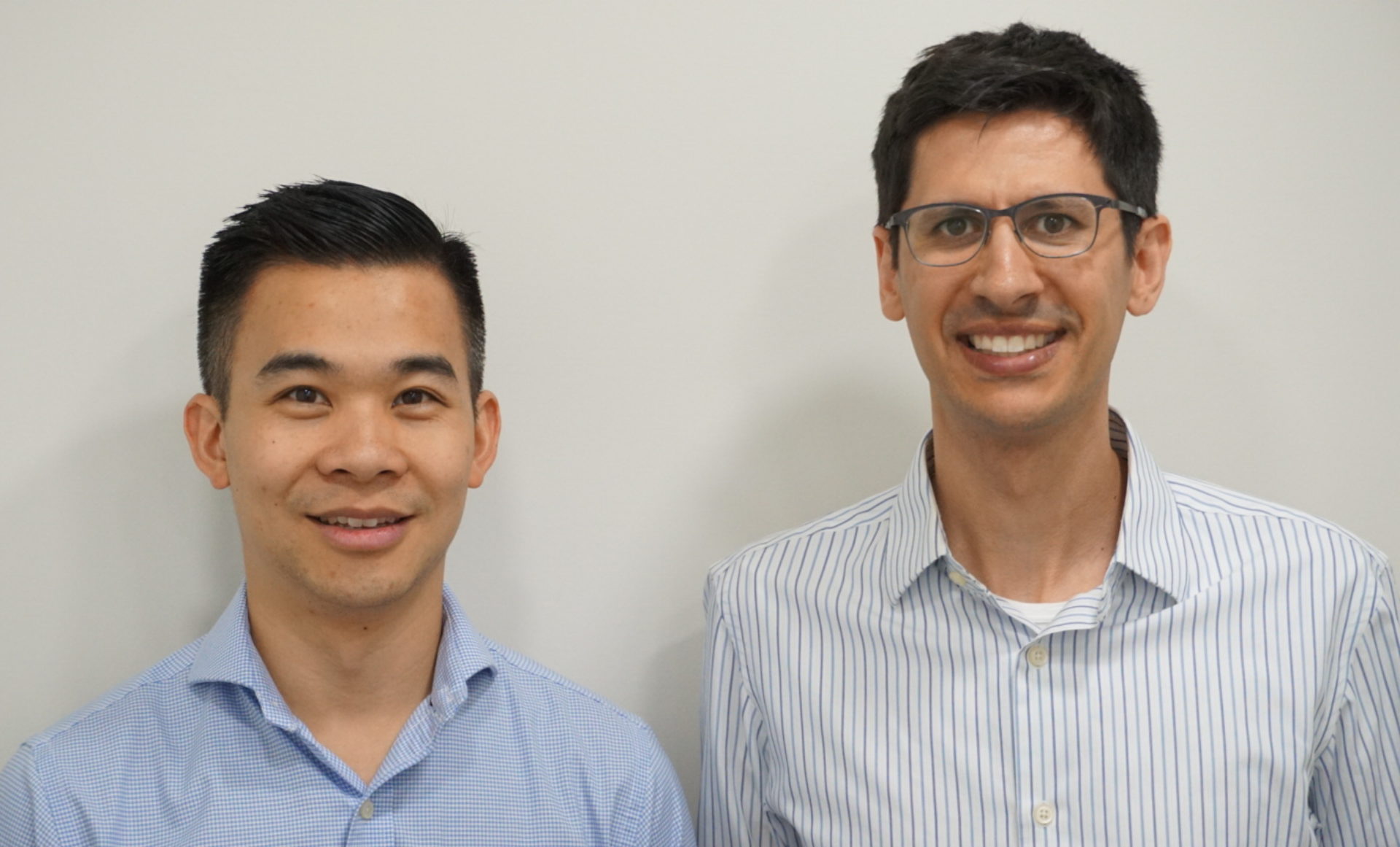 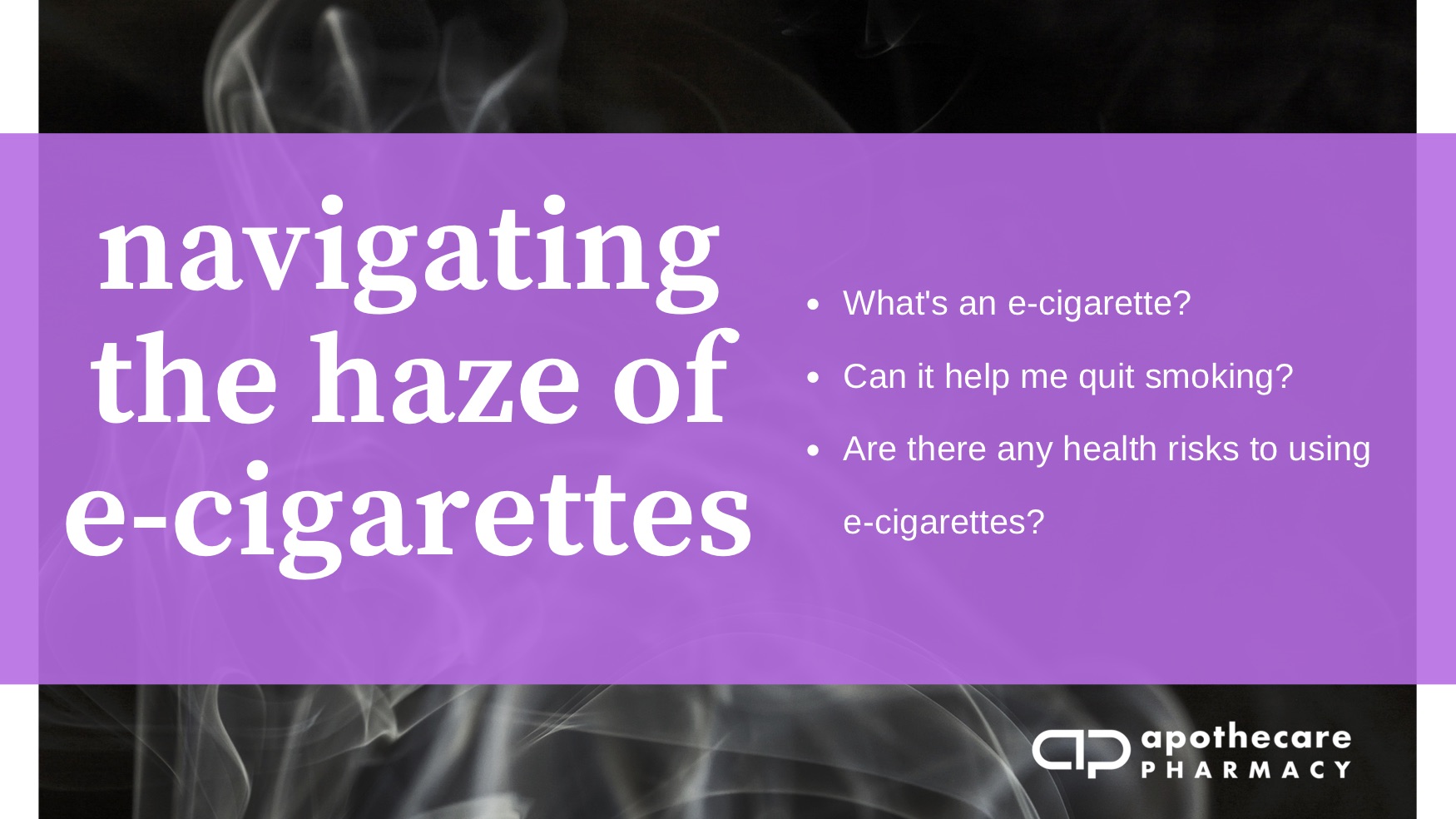 E-cigarettes (or electronic cigarettes) are battery operated devices that heat a liquid into a vapour for inhaling or also known as “vaping”. The liquid used in e-cigarettes is sometimes called “e-juice” or “e-liquid” and is a mixture of chemicals that include propylene glycol, glycerol (vegetable glycerin) and combined with other ingredients such as flavouring agents. Some mixtures also contain nicotine in varying amounts.

Vaping as a way to quit smoking

The main health risks associated with cigarette smoking is due the fact that burning tobacco generates over 7000 chemicals that are both toxic and carcinogenic. Vaping on the other hand does not burn tobacco so it does not generate those same chemicals which is why vaping is considered a safer alternative. There is also an option to use nicotine in e-cigarettes which may possibly help with the addiction aspect. The research that looks at how effective e-cigarettes are in helping people quit smoking is quite divided – some studies show that it is effective while other show no benefit.

As previously mentioned, the liquid that is used in an e-cigarette is a mixture of chemicals that contain propylene glycol, glycerol, flavouring agents and some even contain nicotine. Below are some of the health risks associated with the individual agents: Propylene glycol and glycerol (vegetable glycerin). These are common chemicals used in various products such as cosmetics, food and beverages. Although it is considered safe when ingested or used on the skin, the health effects when inhaled are unknown. Flavouring agents. There is some concern that flavouring agents can potentially lead to a condition called “popcorn lung”. This refers to a chronic lung disease that damages the small airways. It was termed “popcorn lung” because this was first seen in workers in popcorn plants that were exposed to inhaling chemicals used to flavour popcorn. There have been no reports of “popcorn lung” occuring in e-cigarette users yet but it is a theoretical risk. Nicotine. Nicotine is the chemical in cigarettes that causes the addiction. It is also used in other smoking cessation products such as nicotine patches, gum, lozenges, inhalers and mouth spray. Nicotine in e-cigarettes was previously unregulated in Canada and there have been reports that many products were mislabelled. Some products had higher amounts of nicotine than what was labelled and some products contained nicotine in those that were labelled as nicotine-free. Since e-cigarettes are a battery powered device, there have been rare reports of device malfunctions leading to fires and explosions. It is recommended that if using an e-cigarette, it should not be modified and proper care should be taken especially with recharging or replacing the battery. There’s also a question about the safety of second-hand vapour versus second-hand smoke. Certainly there are far less chemicals in vapour rather than smoke but the health risks with second-hand vapour is still unknown. There are also some reports of child poisonings from accidental exposure to the e-liquid. Lastly, there is preliminary evidence that e-cigarettes can increase the risk of having a heart attack by almost doubling the risk. Even worse is using both e-cigarettes and conventional cigarettes (called “dual use”) which can increase the risk of having a heart attack by five fold. Overall many experts agree that e-cigarettes are less harmful than conventional cigarettes and may be an option for smokers who have been unable to successfully quit using other methods. However there is still a potential health risk to using e-cigarettes and some of the long-term health effects remain unknown. This is why e-cigarettes are discouraged for recreational users, particularly the youth since attractive flavouring agents and nicotine may lead to addiction. Have more questions about vaping or quitting smoking? Feel free to contact us.

Send us a message, if you have any questions